In 2017 Facebook discovered that bringing large populations online can lead to serious unexpected consequences. In that year it became clear that a sophisticated state actor had used Facebook to try to influence the 2016 presidential election. In 2017 it also became clear that Facebook had been used by malign forces in Myanmar to drive hate speech and violence against the Rohingya minority, forcing 700,000 to flee the country for safety in what has been called the first “social media genocide”. In 2017 the dimensions of the Cambridge Analytica scandal also became clear.

Facebook itself admits its 2017 awakening. Mark Zuckerberg said in April 2018, “We are an idealistic and optimistic company. For the first decade, we really focused on all the good that connecting people brings. But it’s clear now we didn’t do enough. We didn’t focus enough on preventing abuse and thinking through how people could use these tools to do harm.”

Facebook’s global user base has grown to around two billion over the last 15 years. SpaceX Starlink has aspirations to provide broadband services to three billion people currently without internet, as well as many more in developed countries, all rolling out over the next several years.

It’s certain that providing broadband to billions of people currently without access will present unprecedented opportunities in education, health, finance, government services, and much more. (I recently wrote a book on this topic.) It is also certain that there will be prompt and complex challenges that Starlink will need to address. Facebook at this point requires a “State Department” level of policy expertise internally to deal with the complex societal issues that Facebook introduces. Starlink will too.

On the SpaceX careers page, it is interesting to note that almost all positions appear to be for technical and engineering roles. There don’t appear to be any that are focused on end users, developing market product development, local governments, policy issues, legal issues, partnerships, local security, training, event response, or other topics that will certainly emerge. (It is interesting to note that SpaceX competitor OneWeb lists a number of such jobs on its career page, as well as inviting feedback concerning future roles.)

SpaceX Starlink has the opportunity to reshape the planet, possibly even eliminate poverty. But if it repeats Facebook’s mistake of being driven just by engineering and optimism, it is in for a rude awakening.

Amazon describes a satellite constellation at between 366 and 391 miles in altitude comprising 98 orbital planes of approximately 30 satellites per plane.

Amazon claims that commercial services will begin once 578 satellites are in proper orbit (or about 18% of the full planned constellation).

Loon, the internet balloon company that spun out from (Google) X, has announced two major updates.

First, a Loon balloon has set a new flight record with 223 days aloft. Loon has worked hard to extend the flight times of its balloons, which in turn lowers costs. Loon’s previous flight time record was 198 days.

Second, Loon appears close to providing commercial service in rural Kenya. It has now received permission from Kenyan authorities for commercial testing. If Loon is able to demonstrate its business model with Telkom Kenya, other service providers in Kenya and in the region can quickly adopt the service. Loon can launch and manage additional balloons relatively inexpensively, so scaling services should be possible.

Kenyans living in rural areas may soon have 4G access brought to them by stratospheric balloon. 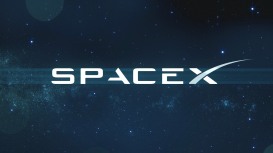 SpaceX has successfully launched the first 60 Starlink satellites (following two initial test satellites last year). There is a lot of press covering this launch. The best review article I’ve seen is by Stephen Clark on SpaceflightNow.

Satellite internet still has many technical, business and regulatory hurdles to overcome — but it just took a giant step closer to reality.

Plans to launch thousands of satellites to provide internet services across the globe haven’t gotten much attention in the past. The ideas sounded utopian. Past satellite internet efforts had failed. The leading firms (like OneWeb) were mostly unknown. Elon Musk has lots of detractors.

But three recent events have moved the topic of satellite internet from “speculative” to “probable” in many people’s minds.

First, OneWeb raised $1.25 billion in its current round of funding, a number hard to ignore. OneWeb has raised $3.4 billion to date.

Finally, SpaceX announced that its first launch of Starlink Satellites will include 60 prototypes – a number two or three times higher than most anticipated for a single launch. The satellites are stacked on top of each other like cassettes (see photo above). Gwynne Shotwell, CEO of SpaceX, says that there will be up to six additional Starlink launches just this year.

There is a major race underway to essentially rebuild the internet in space. Most attention to this point is focused on the technology and economics of the race. But what will be the secondary and tertiary effects of a new internet reaching billions of people for the first time? 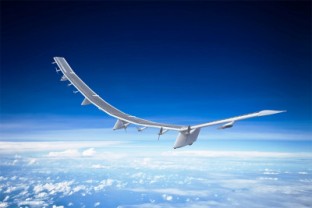 Loon, the internet balloon company, has received a $125 million investment from HAPSMobile, an affiliate of SoftBank. HAPSMobile is developing stratospheric drones to be used as internet platforms. The drones, with a wingspan of 78 meters, plan to fly at altitude of 20 kilometers for six months at a time.

HAPSMobile and Loon seek to use compatible (or identical) communications equipment on their respective platforms. They also plan to coordinate on ground system equipment, as well as joint policy efforts with governments to allow balloon and drone communications platforms.

The two companies may also coordinate with OneWeb, the low earth orbit satellite company. In theory satellites could communicate with balloons or drones, which in turn can communications directly with consumers, obviating the need for specialized consumer antennas. OneWeb is in part funded by SoftBank.

Amazon’s entry into the internet satellite race is notable because of the company’s technical acumen, access to capital, and ties to Blue Origin, the rocket company founded by Amazon CEO Jeff Bezos.

The project will be in direct competition with industry leaders SpaceX and OneWeb. 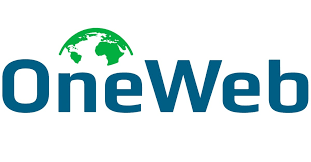 OneWeb has announced closing of its latest round of financing at $1.25 billion. Investors include Softbank Group Corp., Qualcomm Technologies Inc., Grupo Salinas, and the Government of Rwanda.

OneWeb plans to use the funds to build out its constellation of 720 low earth orbit satellites. OneWeb has contracted with Arianespace for 20 launches using Soyuz rockets.

“This latest funding round makes OneWeb’s service inevitable and is a vote of confidence from our core investor base in our business model and the OneWeb value proposition,” said Adrian Steckel, CEO of OneWeb, in a statement accompanying the announcement.

The Chinese technology firm LinkSure Network has unveiled a new satellite designed to provide wifi across the planet. The service, to include 272 satellites in low earth orbit, will sell a number of communications services, but also aspires to provide free wifi to regions of the planet currently without coverage.

The firm plans to launch its first test satellite in 2019, followed by ten more satellites in 2020. The full network will be operational by 2026.