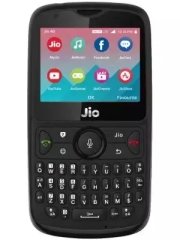 What happens when the country with the world’s largest population of people without internet access offers free phones and almost free unlimited data?

We’re finding out in India.

In 2016 Reliance Industries, the petrochemical consortium and India’s largest publicly traded company, launched Jio, a telecommunications initiative. Jio is the brainchild of Mukesh Ambani, India’s richest man, who seeks to provide internet access to everyone in India at affordable prices.

Jio launched its service at the end of 2016, offering free calling, free texting, and six months of free data, after which data charges were about 1/4 industry average. Usage skyrocketed, both in terms of subscribers, now over 200 million, and data usage, now the highest in the world for any company.

In 2017 Jio introduced the “JioPhone”, a hybrid feature phone / smart phone that takes advantage of 4G data speeds. Among other features the phone comes preloaded with 500 streaming TV channels and music in 17 languages. The phone is essentially free: it requires a $23 deposit which is returned with the return of the phone.

Josh Woodward of Google, who has led teams building new web services in India, says that thanks to Jio and the JioPhone, “hundreds of millions of users are now going to come online faster than all the models projected.”

Ambani relates a story that a few years ago he was at home (“home” — 27 stories of rooms complete with helipad) when his daughter came home for break from Yale. “Dad, the internet in our house sucks” she complained. That apparently set in motion the largest, fastest cellular expansion in history.

Ambani’s ambitions apparently haven’t slowed. In July he claimed his network was still only at 20% capacity and that “We are determined to connect everyone and everything, everywhere.”