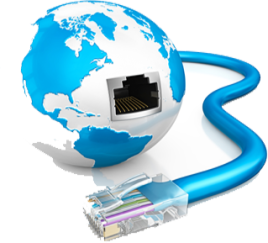 The term “broadband” typically refers to an internet connection that is always on and with high bandwidth.

In developed countries, our initial internet connections in the early 90s were typically by modem  and at slow speeds. Those connections allowed e-mail to be exchanged and a few other information services, but were quite restricted.

Broadband arrived in the late nineties, typically offered either over phone lines (DSL) or cable service. We then started connecting our broadband connections to local wifi, so our computers, and later our other mobile devices, were always connected to the internet at high speed.

Simultaneously the mobile phone providers started adding data capabilities, starting with snail-slow 2G, but then progressing through 3G, 4G, LTE, and now in some regions 5G. These mobile data connections became critical with the introduction of the iPhone in 2007, which offered feature-rich mobile access to the internet. Since the iPhone, a slew of competitors have appeared, and we now take for granted that the device in our pocket is always connected.

Broadband (as opposed to intermittent access to the internet) is useful for consumers (think streaming video and nice web apps like Uber) — but is vital to businesses. Cloud-based services, distributed databases, remote access to resources, mobile apps — and pretty much everything else a business does these days demands reliable broadband connectivity. Broadband quickly evolved from a luxury to an absolute requirement for essentially all business and commerce in developed countries.

What percentage of the planet currently has affordable access to broadband?  According to the UN’s State of Broadband 2017, the best estimate is that as of now, 48% of the world’s population is online with reliable, affordable broadband access. Regions obviously vary greatly: Europe is 80% online, Africa only 22%.

The percentage of people with simple cell phone coverage that allows voice calls (but no date) is much higher. Simple cell phones (also referred to as “feature phones”) have reached the low cost and sufficient access that most regions on the planet are now connected by phone. There currently are now about 7 billion cellphones on the planet, about the same number as the global population (although penetration obviously varies greatly — from 240 phones per 100 people in Hong Kong to less than 10 in many regions of Africa). According to a recent Facebook study of 75 countries, 94% of the overall population had access to 2G networks (which are sufficient for voice and texting), while only 76% had access to 3G (data) networks or better — and many of those networks are still very expensive to use.

So simple cell phones are very widespread. This is a remarkable achievement, representing arguably the first truly universal global technology.

It also represents the leading edge of the internet — once people have simple phones, it is really only an issue of cost to start moving into fuller feature smartphones. And the transition to smartphones, which about half the planet is now going through, is the true game changer. It’s convenient to be able to call and speak with somebody, but having full access to information and services as afforded by smartphones represents a major opportunity.

The biggest current challenge confronting the expansion of global broadband is that most of the regions not yet covered are rural and poor. It is prohibitively expensive to lay fiber optic cable (or any cable) to rural regions. Cell tower coverage is easier — but even then, there needs to be a critical mass of paying customers to make the economics viable. Cell towers are generally placed 1-2 miles apart (at the least). The fixed costs of cellular infrastructure impose economic limits on regions cellular networks can serve. The expansion of cellular coverage is slowing down, because the places that are left are rural and poor.

To complicate things further, the next generation of cellular technology that is currently being designed and deployed by telecommunications firms is 5G — which is really optimized for rich cities. It allows a huge number of high speed connections (in anticipation of the “Internet of Things” — where everything is hooked to the internet), but is very expensive to deploy. Gartner estimates that 20 million “things” will be connected by 2020 (and growing quickly). Just the bandwidth needs for self-driving cars alone will be enormous. So no longer will just consumers be paying for access: 20 million items will as well.

That’s all great for rich countries, but 5G isn’t designed at all for poor, rural regions. It’s too expensive.

So for now, the bad news is that there remain major obstacles to smartphone use and increased broadband coverage in developing countries. The good news is that most of the planet has simple phones — and that in itself is a very good thing.