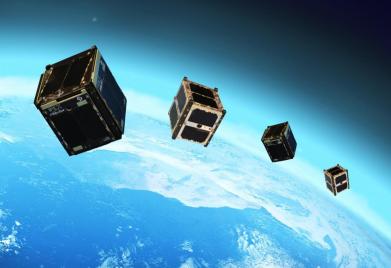 While SpaceX, OneWeb, O3B and other multi-billion dollar satellite constellations garner most of the press, other lower cost initiatives demonstrate a different and potentially consequential approach.

Sky and Space Global, for example, plans to launch 200 nano-satellites (under 10 kg each) into low earth orbit in order to provide telecommunications services in Africa, Latin America, and elsewhere. The satellites, which adhere to CubeSat standards, will be deployed in near-equatorial planes, reaching 15 degrees north and south of the equator.

Satellites will be launched aboard LauncherOne, the air-launched rocket from Virgin Orbit. Satellites will communicate with ground antennas which provide wifi hotspots, or potentially with a new generation of $20 Android phone capable of direct communications with the satellites.

Sky and Space Global aims to build and launch the entire constellation of 200 satellites for $200 million, a fraction of the cost of even one geosynchronous communications satellite.