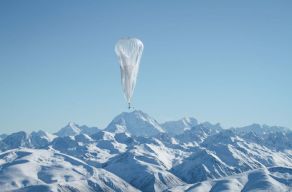 Project Loon, the Alphabet-supported internet balloon company, doesn’t garner a lot of headlines. It does seem to enjoy, however, steady progress in its goal of offering cheap, effective internet to remote regions.

Most recently, Project Loon is credited with providing over 200,000 Puerto Ricans with free internet services following widespread outages on the island. Project Loon seeks to have five to seven balloons providing coverage at any one time based on complex simulations of weather patterns. Interestingly, in the case of Puerto Rico, they decided to launch balloons from Winnemucca, Nevada. A company blog post by project lead Alastair Westgarth describes the challenges and successes of deploying in Puerto Rico.

Project Loon balloons (from Puerto Rico) have also been spotted recently over Guyana and Trinidad.

Project Loon isn’t the only initiative using high altitude balloons. Arizona-based World View made headlines initially by promising “near space” tourism. More recently the focus has shifted to services involving “stratollites” — balloons capable of carrying payloads of up to 4500 kg to altitudes of 46 km (the definition of the start of space is generally 100 km, the “Kármán line”), with missions lasting days or weeks. Payloads can include communications or sensing gear.

One thought on “More on Project Loon — and Other Balloon Companies”