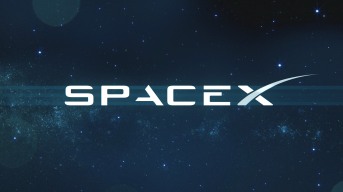 On February 21st, SpaceX is scheduled to launch from Vandenberg AFB a Spanish radar satellite called Paz. A secondary payload includes two test Starlink satellites, called Microsat-2a and Microsat-2b. The satellites, in an orbit of ~315 miles, will test over six months optical communications between themselves, as well as Ku / Ka band communications with ground stations in Seattle (where the initiative is based), SpaceX headquarters in Hawthorne, Tesla headquarters in Fremont, and other sites (including three specially-configured mobile vans).

The satellites reportedly weigh 400 kg each, or about 1/20th the weight of a commercial communications satellite headed for geosynchronous orbit. Falcon 9 has a payload capacity to low earth orbit of about 23,000 kg, suggesting that SpaceX could launch perhaps 50 satellites of this size at a time. (One has to assume that they are working hard to get satellite size down and numbers per launch as high as possible.) SpaceX already launches ten Iridium satellites per launch (which are much larger). India has launched over 100 microsatellites on one rocket. SpaceX plans to sell launch services using the same satellite bus and requirements for its own Starlink network.

Low earth orbit satellites can be much smaller and offer internet latency periods of 25-35 ms, equivalent (or better) than many cable and DSL systems. Current geosynchronous communications satellites have latency of around ten times that level (and cost much more for internet communications — often hundreds of dollars per day). Because Starlink satellites will be much closer to earth, the coverage area of any given satellite will be relatively small — a circle with about a 1000 km radius — requiring a large number of satellites in the network.

SpaceX plans to launch the full complement of over 12,000 satellites by 2025, with the initial 800 being sufficient to start global internet services in 2020. Internal SpaceX documents estimate that in 2025 their launch business might represent $5 billion in annual revenue, while global communications services might represent $30 billion (based on 40 million subscribers). SpaceX estimates satellite lifespans of five to seven years before starting deorbiting procedures — suggesting that launches of new satellites will be required indefinitely.