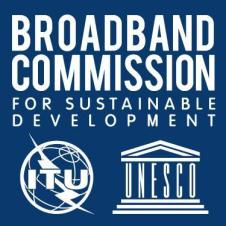 The Commission has issued seven targets for 2025, including nation-level policy plans, lower costs, broader penetration, and better services for banking, small businesses, and others.

Additional key resources from the Commission include the State of Broadband 2017 report (including key findings) and an ITU Discussion Paper for the World Economic Forum 2017.