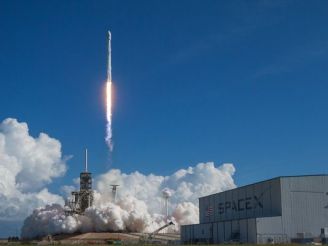 First, it appears the initiative has a name: Starlink. The constellation of 4425 satellites will see initial prototypes launched in the next few weeks and operational launches beginning in 2019, rolling out over about five years. Limited service would be available in 2020 or 2021 with the initial 800 satellites.

SpaceX isn’t alone in the race to space-based broadband. Competitive initiatives include Samsung, Boeing, OneWeb, Lelesat LEO, SES O3B, Iridium Next, and LeoSat. OneWeb, as one example, plans to have initial service available to Alaska beginning in 2019. Iridium, as another, has deployed half of their 66 next generation satellites (with the help of SpaceX launches). The $3 billion Iridium upgrade will be complete in 2018.

One thought on “Update on SpaceX Broadband Constellation”