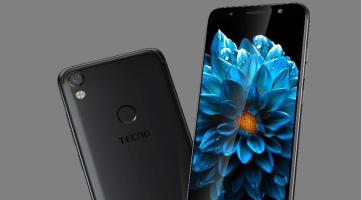 Quiz: who sold the most phones in Africa last year?

The answer is Transsion (who?!) — with 38% marketshare in Africa and over 100 million units sold last year. The Shenzhen-based company has focused on price (with feature phones as little as $10) and on customization for the African market. For example, many countries in Africa have multiple carriers with varying coverage. Transsion phones typically come with several slots for SIM cards — a feature well-appreciated in Africa. Transsion cameras also are designed to work well with darker light and darker skin.

While Transsion brands are well-recognized in Africa — Itel, Tecno, Infinix — they are still mostly invisible elsewhere.

But that is changing fast. Transsion is expanding quickly in India. Reportedly their research showed that Indians eat many meals with their hands and need their phones to work with oily fingers — an accommodation Transsion has made. Transsion phones are now the third largest seller in India (after Samsung and Xioami). The company has just launched products in Bangladesh, Pakistan and Nepal.

Transsion smartphones typically retail for around $100 — but the price is dropping as the company scales production. Manufacturing currently takes place in China, but new facilities are being launched in India and Ethiopia.

2 thoughts on “The Largest Phone Manufacturer Nobody Has Heard Of”